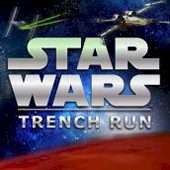 The great war between the Republic and the Empire is in full play. The dark empire forces have just created a giant death machine and called it the Death Star. Republican troops are suffering defeat by defeat, and your task is to change the course of war, having destroyed the Death Star. Take part in breathtaking battles on spaceships and help the Republicans gain a long-awaited victory in this eternal confrontation.

Help the the main hero to become the best one and protect himself as better as possible. Just have faith in yourself and go on t...

Are you the best pilot in the galaxy? It's time to prove to the world of LEGO! Choose your side and ready and help to win the ba...

The constant war between the Force and the Dark Side, the good and the evil is in full play. You must choose your corporation an...

Find all items on the planet....

Who is the best pilot in the galaxy? Han Solo? Or maybe Embo with Aayla Secura?...

Experience the events of the first episode and save the galaxy....

Try to be the real warrior and become the only one winner of the game. Everything depends on your skills. So, enjoy the game....

Complete the missions in space and defeat the troops of the Empire....

Switch between characters and complete the objectives....

Set the best route for the Millennium Falcon during your missions....

A thousand Moons of Iego conceal not only secrets of the local Angels......

Outer Rim Territories, clone wars...You are a beginner commander of a small detachment of the Grand Army of the Republic that st...